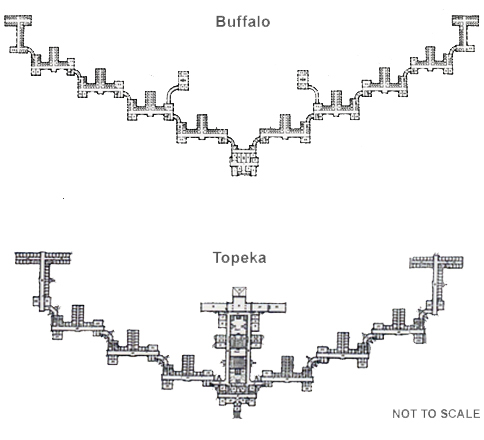 The Kirkbride plan for mental hospitals consists of sets of enormous, symmetrical, staggered wings, like a bat made out of lego. Men are on the left and women on the right in sections that radiate from the main entrance for increasingly violent or incurable patients.

Early mental institutions where patients had to pay for their own incarceration would also vary in class (rich to poor) on the y axis. The staggering of the wings ensured the flow of air through each, purging them of diseased vapors perhaps, such was the Victorian obsession with fresh air.