Total network nerd out! I switched my internet provider from Bell MTS to TekSavvy and it was quite the ride.

Why the switch? Half the monthly cost and total control of my home network. Oh, and I love tech puzzle and the challenge of the build. ;)

In Winnipeg TekSavvy acts as a Shaw reseller, so the TC4400 takes in a cable signal from the Shaw network. The TC4400 acts as a Bridge to the internet for the Archer C9, which provides local wired and wireless routing. The DIR615 is configured as a Switch to allow for more wired connections, seven in total.

The Archer C9 also handles DHCP IP allocation for all devices with the Raspberry Pi set as the Domain Name Server. The Raspberry Pi uses the open source Pi Hole software to filter out ads at the network level, so no web or app ads get served to the devices on our network.

Benefits of the Switch

Here are a few of the benefits that made this switch worthwhile. Most of these benefits came from switching from the MTS provided modem/router/wifi combo unit (Arris 5168N) to the custom stack described above. The Arris unit wasn’t horrible, but it wasn’t very configurable.

1) Wifi Signal Strength - My entire house and the backyard now has Wifi coverage in the -40 to -60 dB range at 2.4 and 5Ghz, which is really good. Measurements taken with the Wifi Analyzer Android App. I’m also running my 2.4 and 5Ghz wifi using the same SSID and password to allow my devices to auto-select 5Ghz when close to the router, and 2.4Ghz when further away.

2) More Wired Connections - I’ve gone from 4 ethernet ports to 7, meaning I can down run the following devices wired rather than on wifi: 2 laptops, 1 pi hole, 1 chromecast, 2 chromecast audio, 1 security alarm system. (Note: The Chromecast didn’t work at all when wired on the Arris.)

3) Pi Hole Ad Filtering - I had a Pi Hole running with the Arris setup, but it wasn’t perfect. So far the Pi Hole has blocked over %53 of all DNS requests as ads/trackers. That’s right, more than half of all domain name requests on my home network were for ads and trackers that I didn’t ask for. (Note: I still run uBlock origin on my browsers to catch the occasional ads that sneak through. Especially required for Facebook and YouTube.)

4) Download Speeds - Our internet speeds needs aren’t extreme. At mosts we’re pulling down 2 to 3 simultaneous audio/video streams. As such I stuck with the same speed band of 25Mbs. With MTS, speed tests over the years showed that we were rarely getting the promised 25Mbs download rate. So far with Teksavvy we’re consitently getting significantly faster than 25Mbs across all devices.Testing was done via Google and SpeedTest.net.

5) Monthy Cost - I’m now saving 50 bucks a month on my internet. More on this in the next section.

All that said, if you call MTS to cancel they’ll eventually offer you a deal. They offered to upgrade me to their Fibe 100 plan while dropping my bill to $45/month for two years (afterwhich it would be $119/month). It’d already purchased the cable modem from Teksavvy and was looking forward to my custom network, so I declined.

Also, it possible to switch to TekSavvy with a much simpler network stack by purchasing the Technicolor DPC3848V Modem/Router/Wifi combo unit. You’ll get fewer wired connections, no ad blocking, and I can’t speak to the WiFi coverage, but it should still be a solid setup. 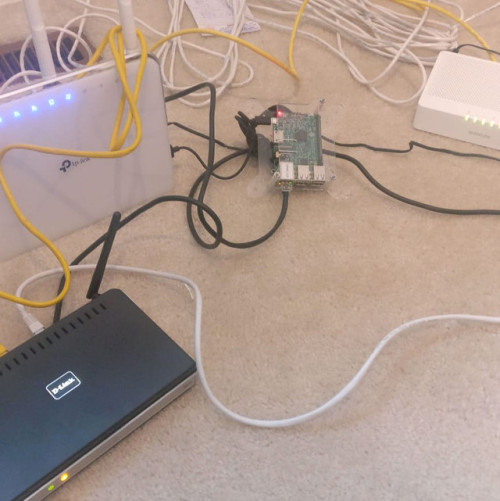 The new network stack before I tucked it away.

Reading and Listening in 2018

I read 20 books last year. All twenty books were deadtree format. Fourteen of them were fiction. Six were non-fiction. I continued to read to the girls almost every night. Podcasts still loom large in terms of time invested.

There’s a chart below showing books read by year since 2011.

Read in that order.

“I have dreamt in my life, dreams that have stayed with me ever after, and changed my ideas; they have gone through and through me, like wine through water, and altered the color of my mind. And this is one: I’m going to tell it - but take care not to smile at any part of it.”

This book came highly recommend by Sam. I’m not sure what I was expecting, but it wasn’t an exploration of tyranny, love, and inter-generational trama on the heath.

“This is a wild ride: raw and violent and exceedingly modern. In Wuthering Heights there’s no hiding how terrible most of the people in it are. At the same time, the novel seems to be precisely about how conditions of violence, cruelty, racism, and intolerance reproduce themselves from generation to generation.”

At the end I was hoping for a Nelly spin-off.

Seven Surrenders and The Will to Battle by Ada Palmer

Part two and three of the Terra Ignota Series. Philosophical and political sci-fi of the best kind.

Is there a place for miracle in a scientific society?

Is an Imperfect Sovereign better than a mounting Will to Battle?

What exactly is it that holds society together?

Nonviolent Communication by Marshall B. Rosenberg

“Nonviolent Communication holds that most conflicts arise from coercive or manipulative language that aims to induce fear, guilt, and shame. These "violent” modes of communication divert the attention of the participants away from clarifying their needs, their feelings, their perceptions, and their requests, thus perpetuating the conflict.“ -Wikipedia Entry on NVC

"What accounts for Leonardo is an act of self-discovery, and the tenacity to make it, over and over. […] Learning to read was incredibly difficult, writing “correctly” even more so. Everything seemed wrong to him, backward somehow, and he couldn’t figure out why. He felt so stupid. And then, somehow the idea was inserted into his confused little brain, “Do it your own way, even if it is different. You are not stupid! Find how it works for you.”

“Play to each element’s strengths: use Salt to enhance, Fat to carry, and Acid to balance flavor.”

A cookbook for those who wish to cook without cookbooks.

For podcasts, 2019 will be the year of the pare down. I seem to have collected 23 podcasts in the podcatcher and I can’t keep up. My unlistened episodes queue is at 27 and growing.

I enjoyed these podcasts the most in 2018.

Still a favourite. So many great episodes to pick from.

Possible and not so possible futures. Speculative radio plays and science journalism.

I was introduced to philosopher Michael Sandel in 2012 through his online course on Justice at Harvard. Since then I’ve been following his BBC Radio series of public debates.

2015 was the year I discovered podcasts. I’m recovering. 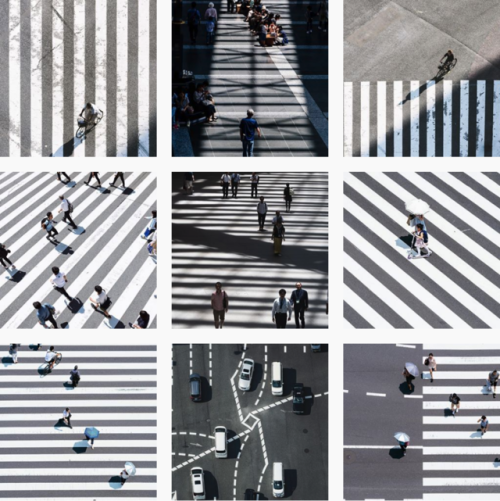