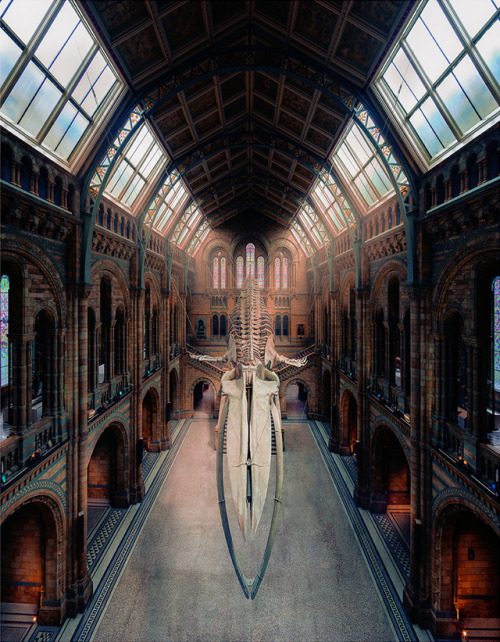 On Wednesday I spent the day at the Google Cloud Civic Tech Hackathon. It was fun day of teamwork, fancy food, data and technology. There was even an improv comedy workshop with some of the members of Outside Joke.

The Google Cloud Relay took place in 8 cities across Canada. The challenge was to build a web application to paint a picture of your city and how it is changing, evolving and adapting.

My team focused on the City of Winnipeg property locations and assessment value open dataset.

Below are two of the maps of Winnipeg we created. The first shows property values inspired by the work of Eugene Chen and Darkhorse Analytics. The second shows density of single detached homes. 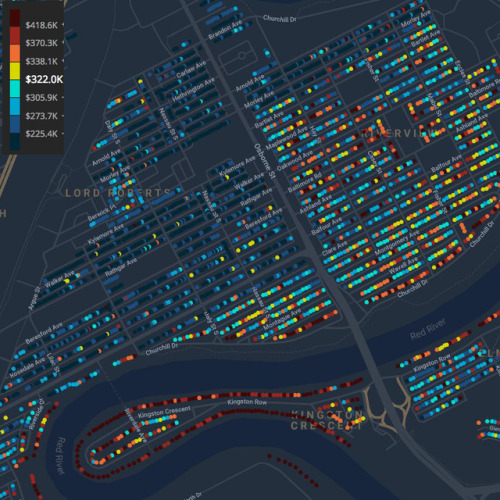 Property values of single detached homes in Winnipeg centered on where I grew up (Lord Roberts / Riverview). 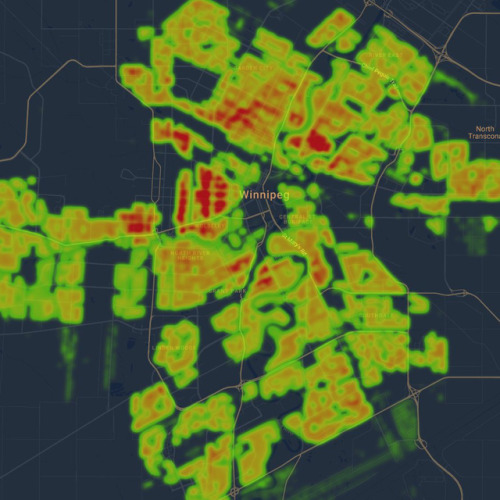 9 years, 4 months, 19 days ago I posted my first image to Meow Reader, a Tumblr dedicated to images of cats reading and cats learning how to read.

A few weeks back I mentioned the (then abadoned) site to my department chair and he (jokingly?) suggested I use Machine Learning to automate the discovery of new Meow Reader images.

A few Ruby scripts later (plus some research into the Clarifai API) and I’ve got a shiny new collection of reading cats, dogs, rabbits, sloths… you named it! I’ve documented the process below, but you can also skip straight to the images.

The Clarifai API could also be used in Act 5 to filter the images even further to limit the reading animals to be cats only. View the full source code here. There’s a separate script for each step.

Oh, and I also created a new version of the Meow Reader Android app using Vue.js and Cordova.

Please install it and leave me a glowing 5 star review. (/◔◡ ◔)/ 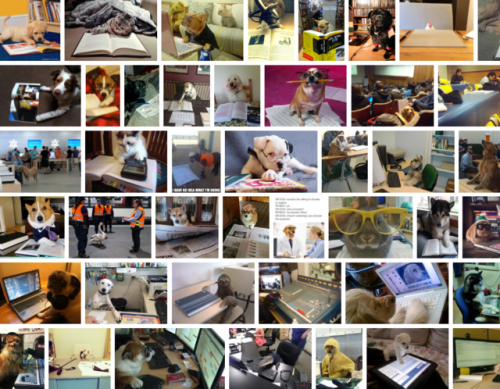 Reading and Listening in 2017

I also read to the girls almost every night and, for the first time this year, Acelyn started reading bedtime stories aloud as well.

Read in that order. Not as many stand-outs as 2016 but no major duds.

Got halfway through One Hundred Years of Solitude by Gabriel García Márquez. I started off loving it, but grew frustrated by the dense, fanciful plot. Reminded me of my experience with Ishiguro’s The Unconsoled in 2013. Maybe I don’t have the patience for stream of consciousness magical realism.

Nearly half of this year’s fiction was science fiction. Seven of the eleven were found at Value Village. Three (Walkaway, Morel, Lightning) were from the library. One (Goldfinch) was from my sister.

On the dystopian side of Doctorow’s imagined future you’ve got “Default” an hyper-capitalistic oligarchy of surveillance and control. On the utopian side you’ve got the Walkaways, folks living outside default reality, building a culture that “revolves around sharing, fierce debate and open-sourced best practices.” (npr review)

Sam would say that it tapped into my solutionism tendencies, but it was refreshing to read about a near future that wasn’t all depressing.

The Invention of Morel by Adolfo Bioy Casares

The journal of a fugitive on a deserted island struggling with love and reality. I’d been meaning to read this book ever since I saw Sawyer reading it in season 4 of Lost. I shouldn’t say any more…

“When I slept this afternoon, I had this dream, like a symbolic and premature commentary on my life: as I was playing a game of croquet, I learned that my part in the game was killing a man. Then, suddenly, I knew I was that man.”

A far-future Earth ostensibly based on 18th century Enlightenment philosophy where global travel is incredibly quick, nation states have been replaced by non-geographical “Hives” with voluntary membership, religion has been outlawed, and gendered language banished.

The author Ada Palmer is a historian and this is grand scale future history world building. (She’s also written a long-read blogpost On Progress and Historical Change that I’ve been meaning to read.)

“Does it distress you, reader, how I remind you of their sexes in each sentence? ‘Hers’ and ‘his’? Does it make you see them naked in each other’s arms, and fill even this plain scene with wanton sensuality? Linguists will tell you the ancients were less sensitive to gendered language than we are, that we react to it because it’s rare, but that in ages that heard ‘he’ and ‘she’ in every sentence they grew stale, as the glimpse of an ankle holds no sensuality when skirts grow short.”

Mindfulness, meta-cognition, stats and parenting. The stats books were research for my Paper’s We Love talk on information.

“Children, Computers, and Powerful ideas” A must-read for anyone in the ed-tech space or anyone interested in education in general. The 1980s tech might look dated but the insights are still incredibly poignant. I’ve got two pages of back-of-the-book notes and quotes that I still need to review.

This isn’t a book about teaching kids to code. This book is about coding as a way to help children think about thinking; a tool to scaffold the learning of complex and powerful ideas.

“For what is important when we give children a theorem to use is not that they should memorize it. What matters most is that by growing up with a few very powerful theorems one comes to appreciate how certain ideas can be used as tools to think with over a lifetime. One learns to enjoy and to respect the power of powerful ideas. One learns that the most powerful idea of all is the idea of powerful ideas.”

This was the book I couldn’t stop telling people about. I built a lecture around it for one of my courses. I read it and then listened to the author-read audio book.

“Everything in life worth achieving requires practice. In fact, life itself is nothing more than one long practice session, an endless effort of refining our motions.”

Practice doesn’t necessarily make perfect; practice makes permanent. As such, it’s important to be mindful about what and how we are practicing. No skill is ever perfected, so let’s learn to love the journey over the destination.

I discovered podcasts in 2015 and continued to listen to hundreds of hours worth of them this past year. Looking over the length of this list, it’s no wonder I’ve got a Beyondpod queue of 19 unlistened podcasts.

I’ve continued to listen to most of the podcast I listened to last year.