Internet Bots for Fun & No Profit

I spoke about @abotlafia, my Twitter bot inspired by the “bot” in Umberto Eco’s 1988 novel Foucault’s Pendulum.

To show how little code is required to create automated accounts on Twitter I demo’d a few other bots that I’ve written. Here’s one that Tweets out a random number every five minutes. A modern day Numbers Station.

I closed with my motivations, the security/ethical implications of algorithmic social media accounts, and the possibility of a future where we are unable to determine who is real and who is a bot on the Internet.

The slides are online, as is the Ruby source code for the bots I wrote for the talk.

BSides Winnipeg 2013 was a two day B-Sides security conference held at the King’s Head in November 2013. All the talks are available online.

UPDATE - Abotlafia’s response to my talk: 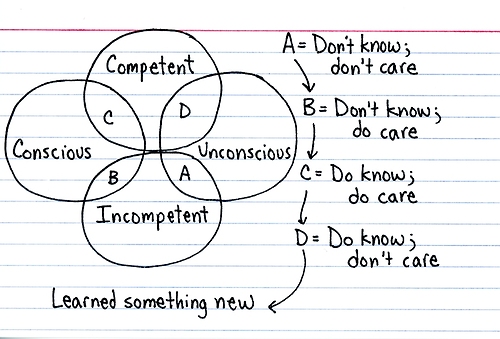 The Four Stages of Learning.

An Optical Poem is a visualization of Franz Liszt's 2nd Hungarian Rhapsody made in 1938 by abstract film-maker Oskar Fischinger.

Filmed in stop-motion, all visual elements are hand-placed pieces of paper on wires.