Lease
Hey, this is how I feel when I’m putting in an offer to buy a house. :)
AskMefi: What is Charisma?

Interesting to note that thesaurus.com lists witchcraft & witchery as synonyms of charisma.

The Loss of Parker Forest

Nearly half of the Parker land being given to Marquess is forested. I spent a few afternoons in the summer of 2006 exploring the Parker Forest and I have returned to it often since. Here’s how I described it back then:

The forest is triangle shaped, with an estimated area of over 100,000 meters squared (or .1km2), and is composed of tall prairie grasses, dense forest (mainly Trembling Aspen with some Bur Oak), and (presently dry) wetland. It sits on what I believe to be CN land, south of Taylor Ave.

I discovered this forest during a Glutton University field trip in 2003. It remains my favourite secret forest in Winnipeg. It appears that I’m not alone; after following some human tracks we spied a campground, their tent fire red, camouflaged by the afternoon sunlight.

Hopefully this land is never sold for development.

The debate is complex. In-fill housing development is preferable over sprawl, especially if the housing is affordable. But the land they need to build this housing is of particular beauty and importance. Urban forests play a role in our communities as spaces of leisure, sport, relaxation and socialization. Most importantly they are home to numerous wild plants, insects, and animals. I’ve spied fire-files in the Parker grasses at night and local residents have spotted everything from deer to lynx.

The density of the proposed housing is also very steep. If we alot 5% of the land for roads, infrastructure and public space that leaves us with 56 acres. To accommodate 3500 townhouses they would need to build 63 townhouses per acre. (One acre is a little smaller than an American football field.)

Here are some excerpts of recent Winnipeg Free Press Letters to the Editor on the subject:

A Lot to Lose

If you woke one morning to find bulldozers tearing down the park that your kids play in to build a fire hall and had to open the paper or be called by a neighbour to find out what’s happening, would you be upset?

I live on Parker Avenue. I have a lot to lose. Collectively, our neighbours have a lot more invested in our neighbourhood than any developer or any elected official. I believe we have a right and a duty to speak out.

In Fill Instead of Sprawl

[The proposed development is] “infill” instead of sprawl. It is dense housing, compared to single housing farther to the south. And if rumours are true, it is low income housing, something the city needs more of desperately.

I hope city council will consider things like a linear parkway, bike paths and green space paralleling the busway, and I look forward to more decisions that recognize the value of building on lands inside the existing city instead of the constant sprawling so-called developments that left such areas vacant for so many years.

[T]his protest, for me at least, has nothing to do with keeping out low rentals. What it has to do with is the fact that nobody at city hall bothered to ask any questions before agreeing to this land swap. Nobody asked: What kind of community are we infringing on; what is on the current site; how is the current site being used; what would be lost if it was bulldozed; what is it really worth on the open market; is it even developable?*

All of these questions must be asked as part of a due diligence process, but were never asked. The people of Winnipeg deserve better.

Canada, Speak Out On Copyright

The Canadian government has just launched the first public consultation on copyright since 2001.

It’s time to speak up unless we want to see a repeat of the copyright amendment bill C-61 tabled last year. (C-61 “died on the table” when Parliament was dissolved last fall for an election.) 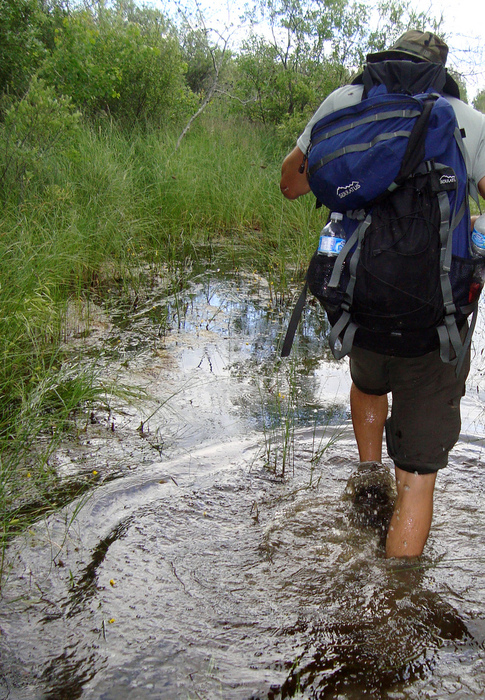 On the weekend Jody, Mike and I hiked into the woods towards an unvisited degree confluence here in Manitoba’s interlake region (just north of Gypsumville).

We brought a GPS and some maps. We were given advice and direction by the local Conservation Officer. Our packs were lined with garbage bags.

One the first day we crossed a swamp by convincing ourselves to walk in deeper and deeper water. Eventually we swam, but only for a few doggy paddles.

On the second day we crossed swamps by sloshing atop floating mats of tangled reeds.

Another attempt will be required to reach the point.

“There is a confluence point within 49 miles (79 km) of you if you’re on the surface of Earth. The goal of this project is to visit each point and to take pictures at each location.” 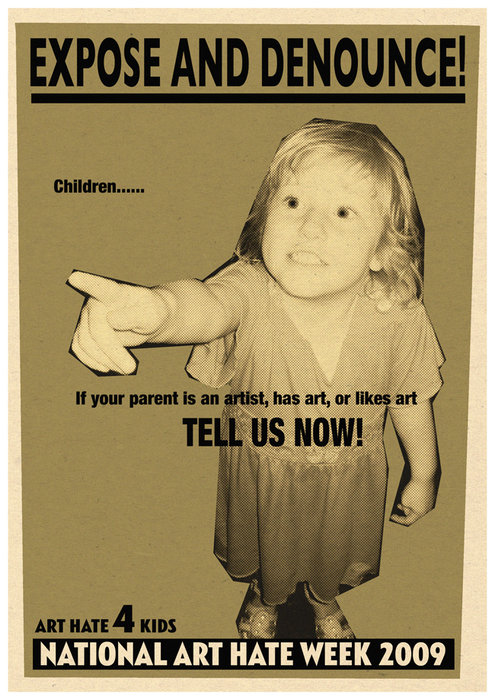 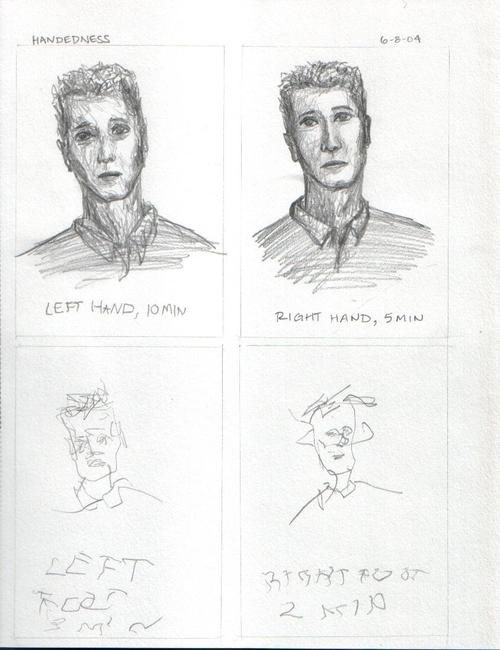 Sketching with all four appendages. [via] 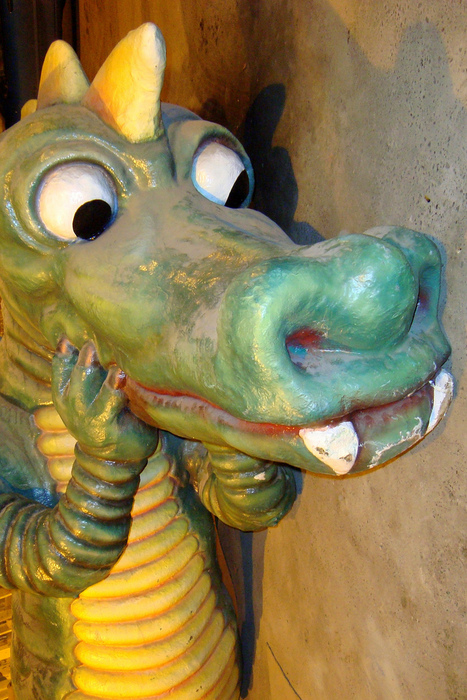 Along Came a Dragon
How to Hollow a Book in 80 Easy Steps
Lessons borne of trial and error and error.
How To Believe @ guardian.co.uk
Blogging the Philosophers.