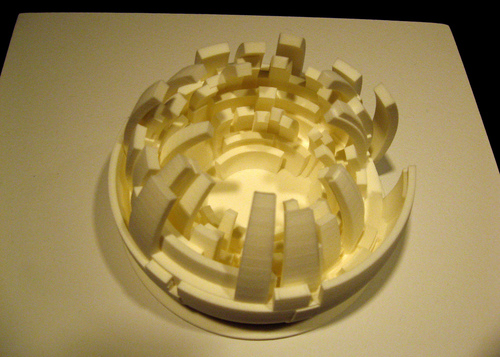 This form (seen in the Pittsburgh Center for the Arts) was constructed using a 3d printer. The piracy of physical objects is around the bend.

The rest of my Pittsburgh pix.

Record of the Week Club

The (204) is featuring an entire episode about the ROTWC Saturday, March 14.

The Objective of Education Is Learning, Not Teaching
The Cult of Done Manifesto