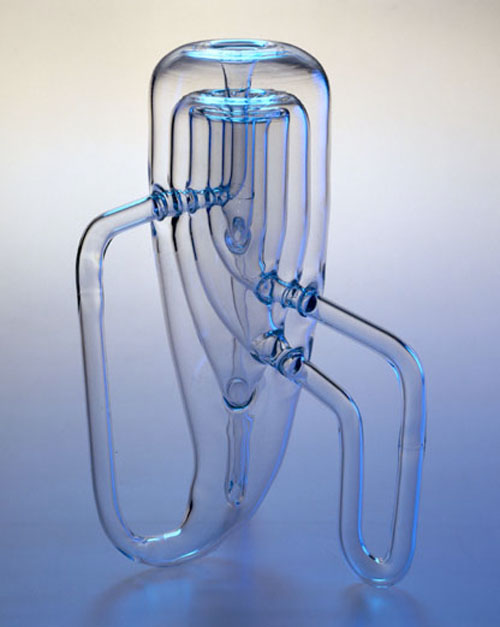 A mathematician named Klein
Thought the Möbius band was divine.
Said he: “If you glue
The edges of two,
You’ll get a weird bottle like mine.
—anonymous

A Klein bottle is a surface which has no edges, no outside or inside. Unlike a Möbius band band, you cannot properly construct a Klein bottle in three-dimensional Euclidian space.